I have always been outspoken… and it has often gotten me into trouble.  Honestly, I can’t help it. I will always speak out publicly when I feel like something important needs to be said in order to fight for equality and acceptance for all people.

Sometimes, my husband is my filter: I’ll ask him if I am being emotional in my reactions or if I am in a situation where something does, in fact, need to be said. He is a low-conflict kind of guy. It was how he was raised. Me on the other hand… I love conflict. I believe where there is friction, there is traction. I enjoy interrupting and critiquing mass media because I think it is an important tool for instigating a positive shift in our culture. Mass media can be a harmful tool for oppression and the perpetuation of negative and outdated ways of thinking or, if used correctly, it can be a catalyst and agent for change.

Enter your best email below to receive it in your inbox...

Recently, Women’s Health magazine published an article around body positivity and yoga. The article featured yoga celebrity Kathryn Budig and she shared her intensely personal story of body shaming and her internal struggles with body image. I applaud her braveness. It must have been extremely hard for her to put herself and her experiences out there in a very public way. I think it says a lot about mainstream culture when a 5’2 size 4 blonde, strong and beautiful woman can feel insecure about her body. This is the same body type and standard of beauty that the rest of us have been taught to admire and aspire too – and yet, as we can see, achieving this “standard” does not imply happiness and lifelong security.  Moreover, this is the European standard of beauty that people of colour have watched their entire lives and the same standard that has been held up to us as an example of something we are supposed to try and emulate. In the end, our bodies are criticized for their sheer incapability of being something it is not. Once again, Kathryn’s article teaches us that even women with this type of physical privilege can experience insecurity and unhappiness.  This is one of the topics I just finished talking about in great detail at the Race and Yoga Conference at University of California at Berkeley. This very thing and it’s a thing.

So what about the rest of us?

Mainstream culture often gets defensive when we start to examine the privileges that have allowed this culture to flourish at the determent of everyone else. Thin, flexible and white bodies – whether they’re sized double zero or a size six – have always been at the forefront of yoga culture. We systemically value these bodies and criticize bodies that don’t measure up.

My concern with the Women’s Health article is not so much around who is in the article, but rather, the messages that we are missing in mainstream media at large.

We are, once again, perpetuating the idea of a specific body type as beautiful to the exclusion of the rest of us. We never hear the phrase “thin and ugly”. We certainly don’t see bigger bodies celebrated as beautiful – as ‘fat’ is always linked to the idea of ugly.

What upsets me the most, is the co-opting of the body positive message. Instead of instigating a the conversation around why this perpetuation is still occurring, we simply keep projecting the same ideals – albeit with a bit more honesty with regards to the struggle to reach ‘perfection’.

But really, how are we, as a culture, expected to break through the longstanding battle for true appreciation and acceptance of all people, when we continue to perpetuate the same old standards that mass media has sold to us time and time again?

It always surprises me the amount of unexamined privilege in mainstream yoga culture and the feelings that bubble up around this privilege when people are called to study their own advantages. This is the practice of Svadhyaya or compassionate self-study.

As a fat woman of colour, I am always examining my self. I am also studying my privilege or lack there of as well as my feelings around exclusion and what it means for me to be existing within the mainstream culture.

When some people are asked to examine their privilege in the same way that people of colour are forced to do on a daily basis – they instantly become the victim.

It very quickly becomes an emotionally driven experience in which the privileged feel hurt and thus they fall into a pattern of blame and accusations -of  ‘reverse discrimination’ and self-aggrandizing behaviours – as opposed to stepping back and stepping up to a real dialogue.

Let me set the record straight: I am not criticizing anyone’s body nor am I questioning the very real experiences of others (including those with privileges I cannot truly understand). I have no right to do that. I am also, in no way, diminishing anyone’s feelings. Everyone is included in the body positive movement – from size double 00 to size 40.

Instead, what I am asking is: Why can’t we acknowledge all forms of beauty? Why do we constantly perpetuate and crown only yoga celebrities as the leaders in this movement? What about the others trying to shift yoga culture?

Sharing the privileges that you have always had, identifying and including different standards of beauty, and listening compassionately to the struggles that others are having does not oppress dominate culture.

Let’s step away from our hurt feelings and really contemplate what we are seeing and celebrating in the mass media driven culture of western yoga.  Let’s ask ourselves why we only see heterosexual, thin, caucasian women catapulted into the stratosphere of yoga celebrity status — the status to which the rest of us are measured up against?

If we could figure out how to become allies instead of enemies, I think we could really make a a change here. The problem is that we have been taught to divide and conquer, rather than to join together in our shared experiences of body shaming and deduce a new way of being the change we still have yet to see.

At the end of the day, we cannot expect to truly break through the archaic standards of beauty and perfection that leave the majority of us in the margins of ‘acceptability’ by neglecting to change the images that proliferate our western culture.

The real antidote here is: “To get somewhere we’ve never been, we have to be willing to do something we’ve never done.”

As practitioners of yoga especially, we know that embracing change involves letting go of that which no longer serves us well.

Does perpetuating the mainstream image of yoga serve us well or does it continue to oppress those of us who do not (and will never) look the same? Does it celebrate our strides in creating a culture of acceptance and true body positivity, or does is keep pulling us backwards?

My intention here is to leave you with this dialogue, rather than leaving you with my own personal conclusions as a ‘remedy’ for this uncomfortable discussion. May the conversation continue!

More Ways to Study with Dianne 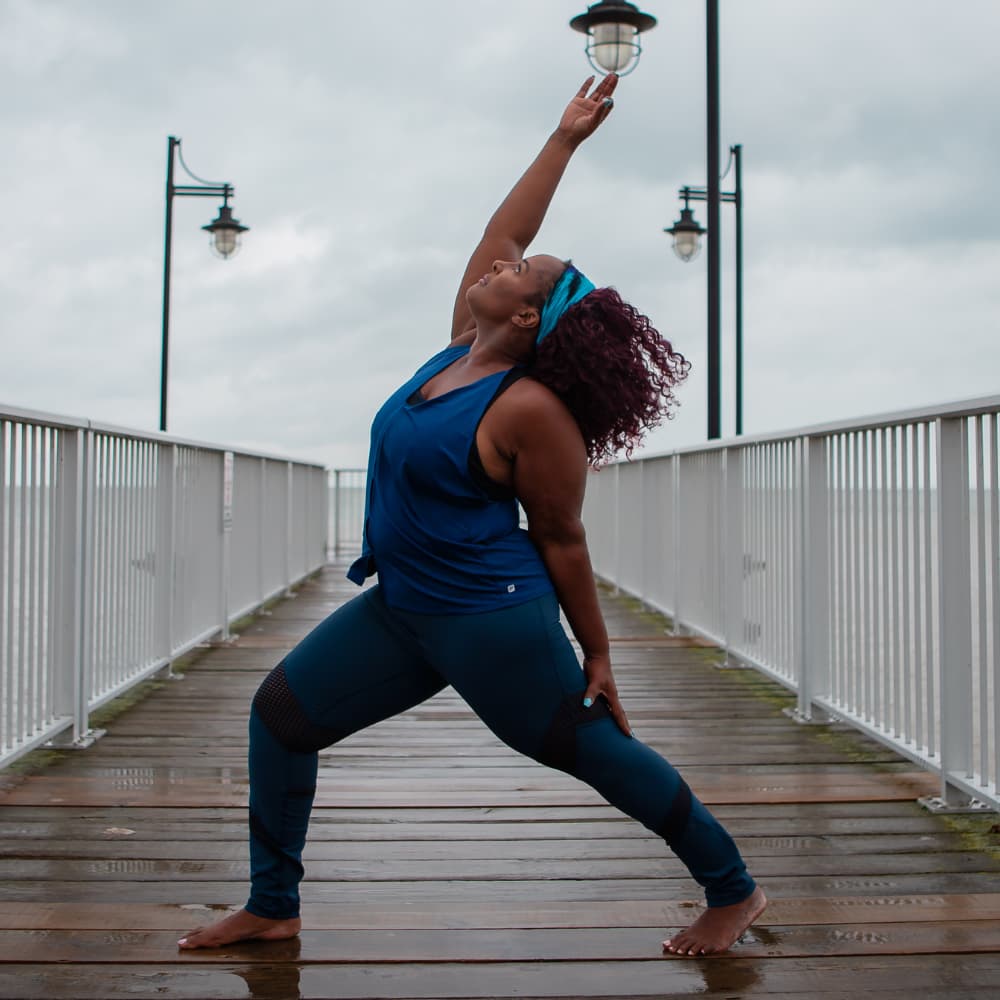